How to liberate your thoughts

How many times has your success been hindered by a very un-useful belief, or limiting assumption, about yourself? Limiting assumptions are something that we are all inclined to be guilty of.  They can limit our thinking around what we believe we are capable of and therefore our performance is less than it might perhaps be. How many times have you assumed you were incapable of doing something you wanted to do, without ever considering what might happen if you knew yourself to be capable of anything you set your mind to? 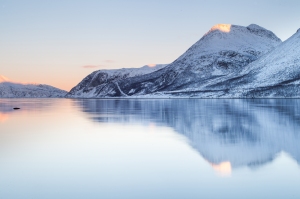 This topic is a subject I know a bit too well. As a result of my mother leaving when I was just a few months old and being packed off to boarding school by 7, I carried around the belief that I simply wasn’t good enough – an easy belief to develop when dealing with life’s hurdles, and a belief that stifled many thoughts and dreams for a long time. What would have really helped at this point would be somebody able to take the mental barrier away, to ask an incisive question and say: ‘If you knew that you are good enough, what would you do right now?’ So many possibilities would have sprung to mind, that I would have never thought of beforehand!

Of course, this is extremely unlikely to have changed my belief, but it would have allowed me to start thinking in an entirely different way. Allowing me to think that maybe I could pursue a career in public speaking, and how exactly I’d go about doing it if I did. Allowing me to think I could found my own company. Perhaps even allow me to think that I could buy the house I wanted for myself and my children!  The important thing to recognise here is that I am not attempting to change a belief, in this case a very long held one, but purely to allow my mind to think afresh and to come up with more possibilities.  If you are told, intentionally or unintentionally, and for long enough that you are ‘not good enough’, ‘not intelligent’, ‘bad with figures’, then sooner or later that will become a deeply held recognition as a truth, albeit quite probably a false one.  It would be no more than a perception of reality and it would be the thought that held you back – not the truth.  So – freeing the mind to come up with new ideas and new ways of thinking can be incredibly powerful and, in some instances, life changing.

The use of incisive questions allows you to liberate your thinking, or, to put it another way, open new pathways in the brain, in a way that is often hard to achieve. Think how effective this might be, in the world of business.

Here’s an example of when something as simple as an incisive question opened up a floodgate of possibilities to a chief executive, who was also my client. Owner of a large, successful organisation, the only problem he faced was hiring and consistently keeping ‘the best people’, a key factor in ensuring ongoing success in the business. I asked him – ‘If you knew you could turn this organisation into a preferred employer, where people are desperate to come and work for you, what might you do differently from what you’re doing now?’ The answer was a pause and ‘Penny, I really don’t know!’

‘But, if you did know, what is the first step you might take?’

Well, he said he’d start by sharing his vision and passion with each division, individually and in groups – and then ………………..  the ideas started to pour out of him! After twenty minutes he stopped and said to me ‘where the hell did that come from?’ What had happened was that he had been thinking about what needed to be done for so long, and now assumed that he did not have the knowledge to move forwards. The pathways were so deeply entrenched in his brain that it needed a different type of question to unlock the creativity.  Having never considered he could provide the answer himself, it simply never happened. All I’d done was to remove the barrier with an incisive question!

Incisive questions are a brilliant way of removing barriers and freeing your thoughts so you can start endeavoring to do the impossible. Apply them to different situations in the workplace and at home, and think of the possibilities! As a cheeky aside listen for the amount of time your children say ‘I can’t’!  It rarely means I can’t but something quite different!  So how about trying ‘If you knew you could …. what is the first thing you would do to – complete tidying your room/do your homework before watching TV/help your Mum wash up before bedtime/ have your bath and still have time to read’ etc. etc.!!

If you’re looking to book an inspirational public speaker for an event or show, please contact Penny here. Penny, as the founder of The Living Leader, a provider of leadership courses that have been rolled out to tens of thousands of delegates all over the world, is an expert in leadership training and has worked with the likes of Sage, Centrica and Caterpillar. Click here for more info on how to change your business.

Lorem Ipsum is simply dummy text of the printing and typesetting industry. Lorem Ipsum has been the industry’s standard dummy text ever since the 1500s, when an unknown printer took a galley of type and scrambled it to make a type specimen book.

Contrary to popular belief, Lorem Ipsum is not simply random text. It has roots in a piece of classical Latin literature from 45 BC, making it over 2000 years old. Richard McClintock, a Latin professor at Hampden-Sydney College in Virginia, looked up one of the more obscure Latin words, consectetur, from a Lorem Ipsum passage, and going through the cites of the word in classical literature, discovered the undoubtable source.

Lorem Ipsum comes from sections 1.10.32 and 1.10.33 of “de Finibus Bonorum et Malorum” (The Extremes of Good and Evil) by Cicero, written in 45 BC. This book is a treatise on the theory of ethics, very popular during the Renaissance. The first line of Lorem Ipsum, “Lorem ipsum dolor”, comes from a line in section 1.10.32.

There are many variations of passages of Lorem Ipsum available, but the majority have suffered alteration in some form, by injected humour, or randomised words which don’t look even slightly believable. If you are going to use a passage of Lorem Ipsum, you need to be sure there isn’t anything embarrassing hidden in the middle of text. All the Lorem Ipsum generators on the Internet tend to repeat predefined chunks as necessary, making this the first true generator on the Internet. It uses a dictionary of over 200 Latin words, combined with a handful of sentence structures, to generate Lorem Ipsum which looks reasonable.